On Saturday June 19, 2021, I got the call that I have been preparing myself, but dreading, for five years. “Your husband has been shot, we are sending officers to your house to come and get you and take you to the hospital.” Despite having been shot twice in the legs and once in the mouth he was ALIVE. The next several hours were terrifying for everyone involved.

At his bedside, I grabbed him by the hand and made him promise me (with a nod of his head), that he would fight the hardest he ever has to wake up for me and his two daughters.

After multiple surgeries and procedures, we finally heard the word “stable" which is what we had been waiting for; for what seemed like an eternity. The doctors advised that he was not out of the woods yet, he still would need more surgery. They also advised that he was intubated and that he could not speak.

When he woke up from anesthesia, he was trying to communicate with me with sign language, even though he knows ZERO sign language. We were both becoming frustrated until he made the sign with his hands like he wanted a pen to write with. He was given a pen and a piece of paper and never put them down. He has been communicating through his pen as clear as if he were able to talk.

This has gotten his friends, family, and his brothers and sisters in blue through the toughest times. He is his hilarious, ornery, loving, jokester self and we cannot get enough of his little messages.

He is teaching me a really valuable lesson, that it doesn't matter how you communicate how much you love someone, just try your hardest to do it. I also have a whole new appreciation for the saying “the pen is mightier than the sword.”

Through all of this #lettersfromahero was born! We would love for everyone who is supportive to use this hashtag to send a true hero some words of love and encouragement.

We want him to read your words and remember who he put his life on the line for in the first place. If this whole incident has taught me anything it is that God is good, all the time. 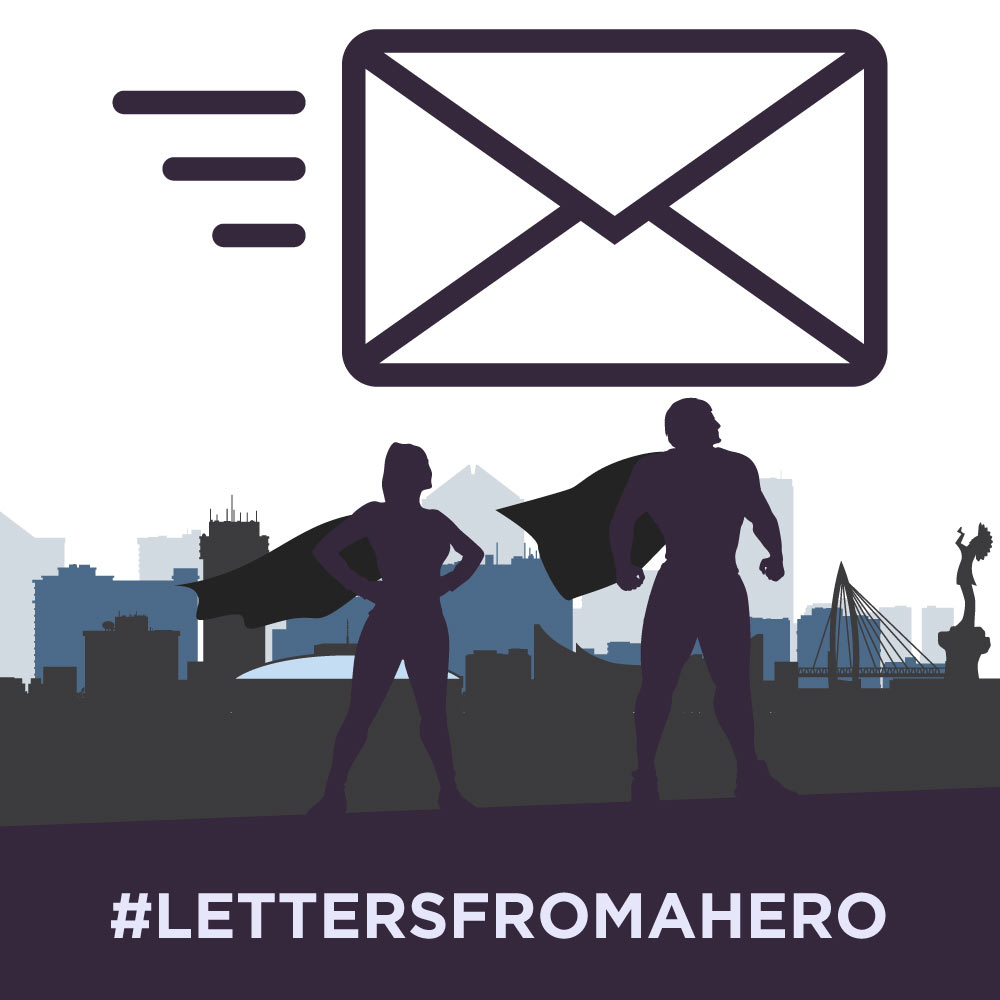